Chronic illness has the ability to affect you in more ways than just medically. In fact, it can impact you psychologically. The degree of impact is dependent on the person's personality and the circumstances before the diagnosis. Support structure plays an important role on a person's ability to cope, but oftentimes, a person has to go through various stages of dealing with the condition before they are able to adjust to the realities of the chronic illness.

When a person is diagnosed with a chronic illness, he or she will go through a number of stages similar to the stages of grief. Denial, disbelief and shock are just some of the emotions a person experiences when a diagnosis is made, and it's natural for them to resist major changes. Eventually, they will become exhausted, when all they really want to do is to recover. At that point, fear and anxiety will set in and worry in the face of uncertainty of the future.

Sadness, grief and depression are common emotions when they consider the possibility of lost goals, hopes and dreams. Losing independence is a real fear, which becomes inevitable if an illness progresses and that brings about the fear of being a burden to loved ones, which brings on more anger, resentment and even shame.

Counselling can help a person to deal with the emotions relating to chronic illness and to cope with the stress and anxieties of accepting and coping with life changes. It will help to regain personal control over life and yourself.

If you are looking for a counsellor or psychologist who works with in chronically ill individuals you may want to search the directory to find a professional whose approach will suit you best.

Interpersonal Psychotherapy (IPT) deals with depressive symptoms and issues. This short term treatment of up to 20 weeks deals with the client's main symptoms during the initial sessions. During this stage the therapist helps the client to regain a semblance of functionality, which will facilitate healing. IPT allows for variations that can be incorporated into treatment of a range of other co-existing issues.

Depression usually impacts heavily on interpersonal relationships, and  Interpersonal Psychotherapy measures the dynamics of these issues during the initial stages. Strengthened relationships can lend significant support during the process of recovery from depression.

If you are looking for a therapist who offers Interpersonal Psychotherapy, please browse our list of practitioners below..

Mediation can have a range of meanings, but generally, it is defined as the process of resolving disputes. In therapy, it mainly involves dealing with relationship issues.

Relationship mediation is when two people sit with a therapist to discuss an issue or problem. This is generally used in a couples context.

Another form of couples mediation or counselling is generally divorce mediation, and it is often the result of a court action. During meditation, the couple would work with a therapist to work through contentious issues and to reduce conflict. The outsider's perspective is helpful in mediation situations. Mediators are impartial and mediation is confidential, while outcomes of agreements are binding, in cases where divorce mediation is in a formal, or legal context.

If you are looking for a therapist who offers Mediation, please browse our list of practitioners below.. 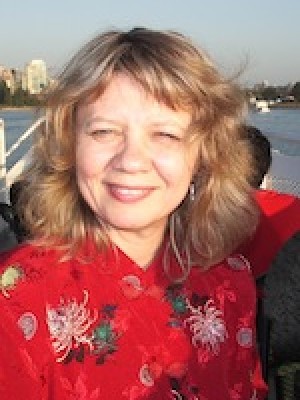