As we near the age of 40, and take stock of our lives, many of us find ourselves feeling antsy…like we’re not quite fitting in our own skin.

The fact is that we have never really fit in our own skin, but finally we are able to notice it.

In my work as a psychotherapist, I have guided many people through the type of existential struggle that is common around this time. What I have found is that there are two directions people take when the inklings of discomfort begin: the first direction is to look inward, and the second is to look outward.

The Mid-Life is Not a Crisis, It’s An Opportunity

One of the main things that happen during mid-life is that the old techniques we’ve been using since childhood to keep the anxieties at bay, no longer work.

You know that hunger for approval? The one that turned your teens promiscuous, and your 20s and 30s into a rat race?

Or that fear of being alone (again) that made you vow to always be useful to the people around you?

Or maybe like many of us, you’ve been too ashamed to show weakness, and have hid your vulnerabilities behind drinking/smoking/emotional toughness/perfectionism/superficial relationships…

Whatever your techniques are, you’ve been carrying them since childhood. You have practiced them, and perfected them, and blended them into the fabric of your daily life so that you (nearly) convinced ourselves of their genuineness (no, you don’t actually love being a doormat).

That is until that wonderful, and terrifying time in your life when things suddenly seem clear.

As if you’ve finally put on the right prescription glasses.

The ‘Crisis’ Often Begin on the Outside, and Spreads to the Inside

The crisi-tunity will often begin with a challenging event (or a few of them). This is the door we walk through to get to the real growth (or the thing that will bring the client into my office).

It can be getting fired from that job you sacrificed so much of your life for, or trouble in your marriage. It can be an illness, or a death, or a car accident (even a small fender-bender can shake the fabric of your life),

It can even be something that seems good, like a vacation, or a birth, or a new opportunity.

Occasionally the crisis is a series of small events that are barely noticeable. Perhaps your life is just not going as you planned – your job, relationship and family life are not what you expected.

Sometimes the crisis is simply looking around your life and feeling a sense of alienation, or dissatisfaction.

Whatever form/s the crisis takes, the further down the rabbit hole it send you – the bigger the growth.

The Potential for Growth (The Choice)

Because the change often begins on the outside, it’s easy to get confused.

Imagine a 45 year old man who goes to work one day (as he has done every day since his 20s), and finds out that the big promotion he’s been working towards for years – the one that will make everything better, because it will finally give him the status, and the money and all the goddamnrespect; the one that he’s sacrificed his health, and many evenings and weekends with his wife and kids for – that promotion has disappeared. Given to someone else.

In the first one, he says “fuck it! All this work has gotten me no-where. They don’t respect me at work, they don’t respect me at home. I’m out of here.” He walks out the door, buys an expensive suit, a red convertible, a mail order bride (comes with mail order respect), and is never to be heard of again (until old age, when on his death bed he finally realizes his mistake). Tragic.

In the second one, he says “fuck it! All this work has gotten me no-where. They don’t respect me at work, they don’t respect me at home. I WONDER WHY my life has gotten to this point? WHAT HAVE I BEEN DOING to surround myself with such disrespect? Have I been saying YES too much at work and NO too much at home? Why have I been doing that? WHY AM I ALWAYS looking to be respected, and NEVER DO? It’s just like when I was a kid…”

In the first scenario, he only changed the scenery. If only he had a younger wife, and a nicer car – then he would be at peace. Then the hole inside him would finally be filled.

In the second scenario, he is finally asking the right questions. He is using this opportunity to see his true anxiety – that thing he’s been most afraid of since childhood. In this case, it’s his fear of being unimportant. He is beginning to see how he has organized around these fears, and created a life where everything he does is to avoid this feeling of being unimportant. He begins to heal.

And you know, the funny thing is that maybe, in that second scenario, he also ends up with a red convertible, a new partner, and the open road. But the process to getting there is very different, and the reasons for those choices are more mindful, and not in the pursuit of avoiding a fear. 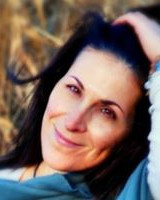