The terrorist attacks on Paris left the world reeling in shock! As human beings, when we witness such acts of aggression our first reaction is to want to retaliate. However, when aggression spawns counter aggression in spiraling patterns of negative energy it affects the whole world and everyone in it. People who are already dealing with  anxiety can feel the world is a hopeless place. The aim of such acts of terror is clearly to make us all fearful. It is important to remember that these negative forces are in the minority and can only succeed if we allow them to influence how we view the world.

In all the negativity surrounding the horrible events in Paris, watch also what has been happening around the world. The majority of people stand in solidarity with France with outpourings of love and support. The French people have stated that they will not live in fear.

We don't realize the power, positive or negative, of the vibrations emanating from each individual!

Remember you are what you think (not what you think you are). If you think positively you are positive so let us all move forward with positive attitudes so that we are emanating positively and stand with France and others by not allowing ourselves to live in fear. 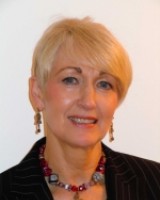