Don't Let Guilt Set Your Schedule: Learn how to say no and reduce the yoke of guilt

Few good decisions or actions come as a result of guilt. It’s not a desirable emotion and is definitely something we’d like to avoid. Perhaps this is because we don’t feel a twinge of guilt, instead it’s a sensation akin to a blow to the gut or a very heavy yoke on our shoulders. Learning how to identify guilt-causing situations and respond in ways to prevent guilt is an important skill to build in order to avoid the discomfort.

It’s curious how guilt can be subtle and fly under a person’s radar then, on the flip side, become absolutely influential in decision making. It’s an equal opportunity emotion available to any age, gender or culture.  It also has the capacity to be present in every aspect of life.

Guilt is found in homes where partners and family members live in resentment due to dynamics, parenting expectations and relationship demands that push guilt around. It also exists in the workplace where it creates complications and bitterness between colleagues and supervisors.

Since guilt is everywhere and impactful, yet can be difficult to see coming, how can people identify that it is affecting behaviours and decisions? It comes down to our feelings and thoughts. Here are three common reactions to guilt-driven situations:

When someone asks you to do something that you don’t want to do, but guilt is driving the agreement, you will spend time regretting the decision and beating yourself up – it sounds like this:

Why didn’t I say no?

Frustrations stack up and grow into anger when ongoing requests are agreed to due to guilt. There will be one request that becomes the straw that broke the camel’s back – it sounds like this:

Why do you always ask me?

Can’t you see I am busy/overloaded?

Sometimes when guilt leads to an agreement to do something, people use body language to send the message that they aren’t happy, feel frustrated or are angry.  This looks like:

So what brings on these reactions as a means to deal with guilt? As mentioned previously, the response is due to something you didn’t want to do and it leads to the initial guilt emotion, resentment then other less-desirable emotions like anger. How you avoid the yoke of guilt will depend on whether guilt is self-imposed or created by others. Here is the difference:

Other imposed: “I have an appointment that has been booked for weeks and I don’t have a babysitter, can you watch the kids?”

“I asked Sue to do a report and she is now too busy. If it doesn’t get done, I may get reprimanded.  Can you finish this for tomorrow?”

Self-imposed:    If I don’t watch the kids, I will feel awful that a stranger is caring for them.

If I don’t finish the report, I will be a failure and disliked by my boss and co-workers.

In the other-imposed situations, there seems to be something on the line that could lead to repercussions and/or negative outcomes. In these cases, people don’t say “no” because they don’t want to be responsible for the problems of others. When it’s self-imposed, we buy into the arguments we tell ourselves as the outcome.

But why do we so often give in to the self-imposed or other-imposed guilt when it may not be true and certainly doesn’t benefit us?  Because no one wants to feel responsible for someone else’s problems, unhappiness or overall negative circumstances. We’ve allowed ourselves to believe it is somehow better to experience personal frustration or inconvenience rather than play a part in contributing to another person’s issues. We have taken responsibility for other people’s problems.

When guilt is other-imposed, establish the boundary that you have agreed to do the task once, but that there needs to be a different plan for the future.

“I agree to do Sue’s tasks this time only. In the future, please get the work from Sue earlier or share tasks with everyone equally.”

Whether the guilt is self-imposed or other-imposed, learn to say no and offer a better option for the issue that is reasonable and you can live with.

“Unfortunately I am unable to watch the kids. Here is the number for a highly recommended sitter.”

If you agree to take on the responsibility for someone else’s situation, remind yourself of the positives and don’t dwell on the guilt.

I will be appreciated by my colleagues for helping out this one time.

I will get to spend time with the kids/grandkids.

Guilt can be magnified when your mood is impacted by other issues such as those in the HALT formula: hungry, angry, lonely or tired. In these situations, guilt can feel overwhelming and unchangeable. In more positive conditions, it can be seen for what it is and assessed so favourable options can be created with better choices.

I will be appreciated by my colleagues for helping out this one time.

I accept that I’m not myself today and that my reaction is partly to do with that.

I know that I will feel better about this tomorrow. I’m going to accept how I’m feeling the best that I can in this moment.

Can guilt be reduced to zero?  Probably not. Like stress, there will always be a trigger and how it is handled is more important. The acceptable level of impact and amount of guilt is personal and is up to each individual to figure out and manage. Less guilt is always a better option.

If you feel a high level of guilt on a regular basis and you are ready to tackle those emotions, now is the time to reach out.  It might be the right time to understand your guilt, where it comes from and how to lessen it.  Contact us at pam@pampaquet.com or 604-349-8660 so we can begin creating positive change and well-being. 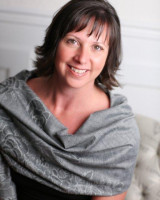