Do you find yourself repeatedly experiencing familiar unpleasant roadblocks in a relationship?

Cynthia was determined this time that she was going to approach her new relationship differently, In the past her partners tended to disappoint her by "not stepping up" and fully participating in the relationship. On paper Bill seemed to be different, he had a good job, was outdoorsy and had a nice smile. Gradually though Cynthia noticed that Bill waited for her to make plans without initiating anything. He also seemed to have a hard time making big decisions, and after not too much time had passed Cynthia found herself back in the drivers seat.

Therapy helped her understand that this learned pattern of how to be in a relationship was very similar to the pattern her mother and father demonstrated. Cynthia has learned that women needed to be in charge and drive the relationship. Her father was accommodating in the beginning to his wife's need to control, later on he withdrew and became an underfunctioner. Unconsciously Cynthia was looking for a partner with similar attributes as her Dad, which was familiar to her. This pattern allowed her to adopt a faulty overfunctioning position. Once she understood what was happening, she was able to readjust her functioning in a relationship and consider being more comfortable with her partner becoming a strong functioner on his own.

If find yourself repeatedly experiencing familiar unpleasant roadblocks in a relationship you might consider if a relationship pattern that made sense once upon a time is no longer working for you. With my clients we look at learned expectations of relationship roles, faulty beliefs connected to them and create new healthy relationship patterns. Many people notice their satisfaction increases in the relationship as they learn to be a healthier partner. 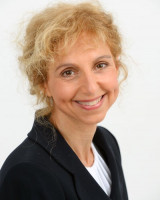